Ageism Causes Unhappiness and Not Just for the Old

Ageism Causes Unhappiness and Not Just for the Old

Why Anti-ageing Products Are Offensive

Recently, I saw a post on Instagram promoting ‘body positivity.’ It was part of a great campaign that aims to dispel the stigma around differences in appearance. Those differences can be visible or hidden and include, for instance, scars. In the video post, a young woman with psoriasis affecting her face and scalp was talking to camera when suddenly she paused, gasped and looked closely at her scalp. Her horror was not due to her skin condition but rather the moment she thought she saw a single grey hair!

Some people have a real fear of showing the outward signs of ageing, even though changes happen to us all from the moment we are born. What is it about the ageing process that society, in general, finds so abhorrent?

We know from research that, for many people, later life is when they are happiest and that older age is no barrier to living life to the full, being active and pursuing most of the things we want to.

So, the big issue for me, apart from the distress that a fear of ageing creates for some, is that the attitudes that accompany this may contribute to the negative effects of ageism.

Ageism causes a lot of unhappiness and not just for the obviously ageing. Some people in their 20s are presenting for cosmetic surgery and botox injections. Such procedures are expensive and not without risk. So, what is the motivation behind such a choice?

‘That Age-Old Question’, a report by the Royal Society for Public Health UK, found that negative attitudes about ageing can start in children as young as 6 years old and are to be found in the way issues are reported in the media, the promotion of ‘anti-ageing’ products, and the lack of integration between generations. 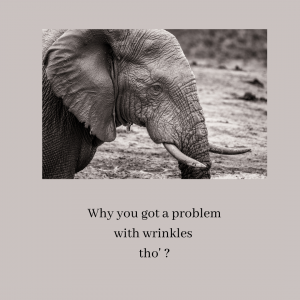 A focus on how ageing affects physical appearance may seem like a trivial concern but we know it belies a much bigger problem. Ageist attitudes that we develop in early life can harm those who apply negative stereotypes to themselves as they age. Research suggests that people with negative attitudes to ageing live on average 7.5 years less than those with more positive attitudes.

The effects of these attitudes also have an impact on the quality of life. For example, if you believe that physical decline is inevitable, you are less likely to exercise, eat well and take prescription medicines. ‘Stereotype embodiment’ may also contribute to this; if we believe that older people have poor memories, it lowers our expectations of performance. When tested, older adults who were ‘primed’ with positive attitudes to ageing showed better results in memory tests than those who were primed with negative attitudes.

This is not to say that ageing does not present challenges. For some, particularly those who are marginalised and socially disadvantaged, older age is accompanied by physical and mental disability and the loss of independence. But the reality is that ageist attitudes make things worse.

Some of the issues relating to ageism need a collective approach across society. This may include industry standards in the media and banning discrimination against older people. I consider the term ‘anti-ageing’ (used in the promotion of cosmetics) to be offensive.

Further, media articles featuring ‘exceptional’ older people completing marathons or skydives perpetuate the idea that ‘normal’ older individuals are incapable of such feats. They reinforce a belief that decline and limitation are inevitable as we age.

Regrettably, most of us hold ageist attitudes. Watching ‘Let’s End Ageism’, Ashton Applewhite’s TED talk from 2017, made a real impact on me. Just as with racism and sexism, the signs of our prejudices can be subtle and well hidden.

There are many times when I have struggled to find a particular word or remember someone’s name and in response, I declare that I’m having a ‘senior moment’ (that is ageism). Or, as Ashton observes, I might blame pain in my right knee on old age but my left knee is just the same age and it’s not bothering me! I don’t react like that anymore. This kind of talk leads to older people accepting pain that could be treated, or limiting physical activity that could keep them healthier for longer. 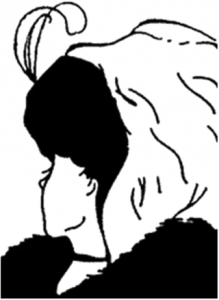 You can interpret the famous image above in two different ways: you may see a young woman turning away or an old woman looking downward, depending on your perspective. However old we are inside, most of us don’t ‘feel’ our age. So, don’t limit yourself. Become aware of your own ageist beliefs, stop perpetuating them, and don’t accept them from anyone else either!

About the Author: Zoe

Recently retired after a 40-year career in healthcare as a Primary Care Nurse Practitioner and more recently as a nurse educator. I am a Queen’s Nurse and have a Masters degree in Healthcare Practice. Exploring the ways we can improve our physical, psychological and social wellbeing, and help ourselves to age well.